End of an Era

Today I closed a chapter of my life.

This job has been a huge blessing for us.  I have worked both full time and part time as our family has changed and grown over the years.  The company has been generous to me in their flexibility and allowing me to work from home (even in pre-covid times).  It has been good and I am thankful but I am so happy to not have to work.

The only sad part about leaving is saying good bye to my boss, Jeff.   I have worked with Jeff longer than I've been married.  He is the nicest guy anyone could ever hope to meet.   He will always, always, always do that right thing and he is never too busy (even though he actually is) to help anyone with a problem.  I am blessed to have been able to work with a man having such integrity, patience, and a servant's heart.

Today I had to say good-bye to my friend, and I will miss him greatly.

Posted by Kathleen at 8:38 AM No comments:

We are moving to Arkansas!

We are moving to Arkansas! 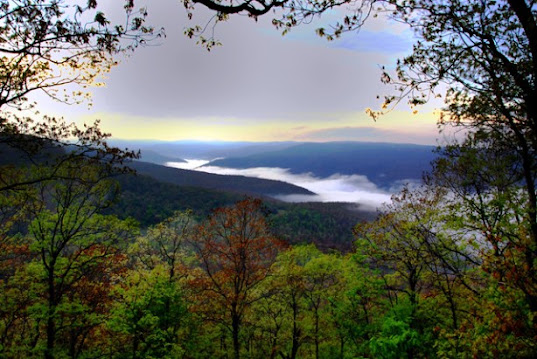 Now there is something I never thought I would say!
I have never been open to the idea of moving out of Arizona.   Anyone who knows me knows that if it's cooler than 73 degrees, I am freezing.  I also have not wanted to leave Arizona because I am very close to my parents and would not want to leave them.  However,  my dad retired last year and my mom told me that if Josh was ever led to leave Arizona,  they would be willing to come with us.  It has always been my dream to have land and animals and be more self sufficient. I realized that  this might be possible if we moved out of state. I dreamed and waited and dreamed some more and watched far too many Homestead Rescue episodes.  I have been entertaining thoughts of goats, chickens, beehives, selling goat soap, milk, eggs and honey from a small homestead for quite a while now and have a nice collection of books on such topics.

Then 2020 hit and not only did the kids lose most of the activities that they loved, but we also had the most miserable summer imaginable (144 days over 100 degrees and 2 days of rain the entire year) and it was cemented in my mind that I would be happy if we ever had to leave.

Last month a job opportunity came up for Josh in Hot Springs, Arkansas.   In early February the church flew me and Josh out to interview.  We did not know if he was the only one or if there were other candidates at the time.

A member of the church owns a beautiful cabin on Lake Hamilton that he often loans out to family and friends and we were able to stay in it for the 3 nights we were in Hot Springs.  We felt so pampered!  We had several meetings with the pastors, staff, youth staff, and elders.  It became very clear, very quickly that God wanted us there. The church and job are perfect for Josh and for us as a family.  It was like they had a missing puzzle piece that he fit into perfectly and vice versa.  We couldn't ask for more.

On a day that we had a few hours of free time, we met with a realtor and looked at houses.  What a disappointment!  All of the houses we looked at were over 20 minutes from the church, and in horrible areas, (neighbors were either junk piles or dilapidated mobile homes) they needed a TON of work and not anything that we had hoped. I was so discouraged.  We were told to look more north of the city (it's nicer up there) but we had scoured Zillow for many weeks leading up to this trip and we knew there was nothing else out there.   That night I was sick to my stomach knowing that Josh would probably get this job  - which we wanted! But where would we live? We were flying home the next day so I felt pretty hopeless.  I prayed "God,  this would be a lot easier to say yes to if we had someplace to live or even a hope of something nice."  I had also been praying all along that if He wanted us to move out of state, that it would be so clear we wouldn't doubt if we were supposed to or not.    I kid you not, right after that, I logged onto good ol' Zillow for the 7 thousandth time and this house popped up that we had never seen before - even though it has been listed for 30 days. We made some calls and were able to get an appt to see the house the next day on our way to the airport.

The entire drive up there I held my breath just waiting to turn into some rural slum road but that never happened.  The drive was gorgeous.  The houses nearby were just nice, well-kept homes on rolling hills of grass and trees.

As soon as we pulled up to the property I knew it was the one. The homeowner was there which was great.   She was really talkative and sweet and has our same taste in style.  I wouldn't even have to repaint!

Honestly, we barely looked at the house, we were way more interested in the land.  The property is on 20 acres,  it has a couple of great places for my parents to build their house.  It has a beautiful creek, a pond, pastures, forests, an 80 year old barn, chicken coop, hog pen, a structure for goats, a lawnmower/tractor/backhoe that my dad is really excited about, there are even 9 or 10 beehives on the property that a guy owns but she lets him use the land and he gives her honey in return. The real kicker was when Josh asked about why there where so many cats hanging out on the back porch. (they were really beautiful cats!) The homeowner told us that two of them are hers but the others she just feeds and when they have kittens she finds homes for them!  *audible groan from Josh* We told the homeowner about our kitten rescuing brigades, she was very pleased that if we bought her house we would take care of them. We were blown away by how perfect everything was for us and it was only 14 minutes from the church!  There is not a single stoplight between the two.

Do you know what the chances are of finding a property that 4 adults are equally excited about?  With plenty of land, everything I could ever dare to hope for and more, AND be only 14 minutes from Josh's work?

Josh got the job 2 days later, the offer on the house was accepted the following day.  The homeowner asked if we would take her big, pyredoodle. (Pyrenees Mountain Dog/Poodle) She can't take him with her where she is moving, so we said yes!  (This also fulfills my promise that I had made that the first animal we would get on our homestead would be a dog for Josh - because he wants one so badly)

The whole trip and experience out there was just amazing.  It is so clear that this is what God has for us, Not even a moment of  "Are we doing the right thing?" has crossed my mind.  I feel so spoiled by all these blessings and still can't wrap my head around it all. The best thing of all is that I won't have to work anymore!  I plan on blogging much more and sharing our struggles and triumphs as we learn to live a homesteading life.

It will be hard to leave our friends, family and networks here in Arizona. We will miss our home state and those we love in it.  We will have a place for guests so anytime you want to come for a visit and stick your hand in a hot spring, just let us know!

How strange it will be to not know ANYBODY or ANYTHING in this unknown land of Arkansas, but in the words of Bilbo Baggins,

I think I'm quite ready for another adventure.