Claire has had a busy summer so far.  We enrolled her in a couple parks and rec classes along with her YMCA volleyball league and it has kept her on her toes. 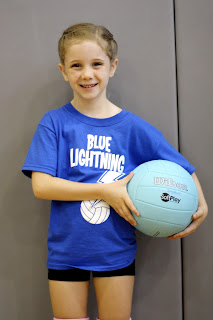 Overall, we have not been very impressed with YMCA.  In basketball she had a terrible coach who left her not liking the sport very much.    Luckily,  the city of Gilbert had a basketball clinic, 2 nights a week and it has helped her a lot!  Not only does she love it but she has improved SO. MUCH.   Several times now I have picked her up from practice to find out that she won the game or challenge that they had that day.  She got way more out of it than she did the whole YMCA season.

The YMCA volleyball has not been much better.  When more than half the kids on the court are black holes, it is really defeating.  Games are mostly spent waiting for the opposing team to serve the ball into the net.  45 minutes of practice once a week is just not enough.

So we put her in a 2-week volleyball camp that met for an hour and a half every single day.  This made a huge impact on her volleyball skills.  (look at that concentration) 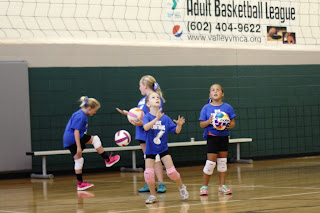 She seems to have a knack for the sport (meaning she actually tries to hit the ball) and we hope that she'll continue to get better and one day be an EVAC Eagle. 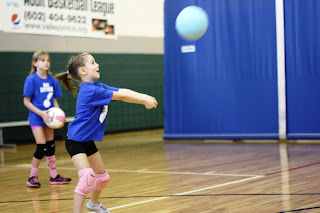 Her shoes can testify how much work she is putting in to her sports skills. 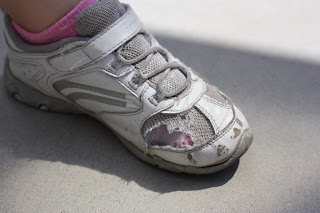 She is so proud that we bought her new shoes today for the next season AND she even learned how to tie them all by herself! 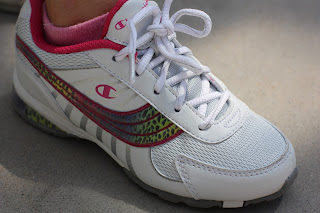 (Normally I would not buy rainbow/cheetah shoes, but they scream Claire and were on super clearance)
Posted by Kathleen at 3:08 PM 1 comment: