She has found her fingers.... 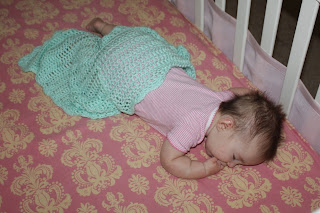 Praise. The. Lord.
Posted by Kathleen at 1:45 PM No comments:

We had a the pleasure of going to another Meet the Creature.   Last time we went I didn't bring my camera and couldn't get a picture of the armadillo.  I was so glad to see that he was back again.

I don't know why but he is the most amazing thing to me. 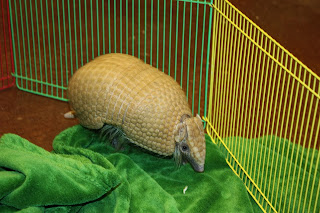 With  exception of Spud the armadillo and the guinea pigs, all of the other animlas were new to us.
Joy adored the ducks. 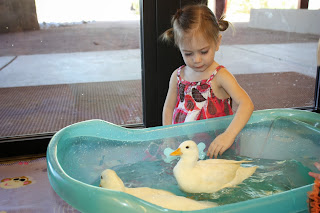 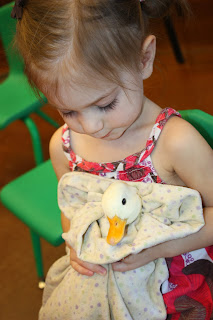 There was another armadillo but it was annoying and screamed (loudly) when it got mad.  I can't believe how quick armadillos are!  Both of the are constantly moving. I don't know if they are capable of just standing still. 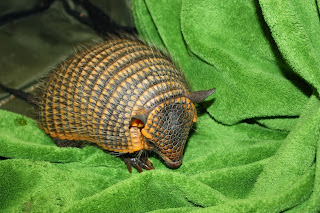 This is a mara.  It is in the guinea pig family but it kind of acted like a dog. 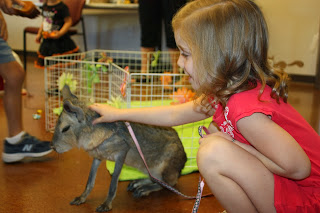 There is a guinea pig in there. 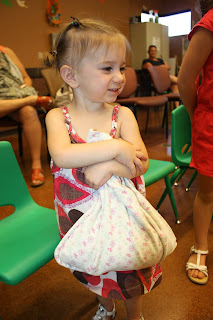 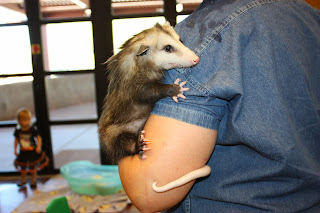 and so was this pigeon.  (as are all birds) 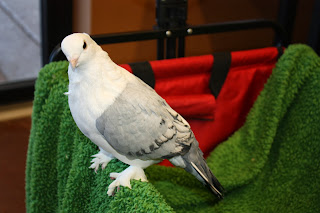 Look how huge this rabbit is! It is about as big as Joy if she would get on her hands and knees. 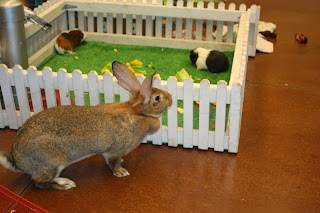 Oh, yes, the gecko was the same as well but Claire got to spend more time holding it since there were far fewer kids in the class this time. 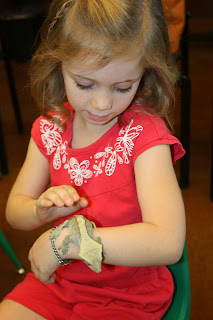 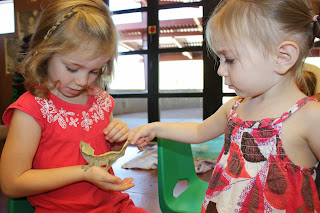 What a great time we had!  I need to sign them up again so Josh can have a turn taking them - It's no fair that he hasn't had a chance to go yet!
Posted by Kathleen at 4:03 PM No comments:

It's been a while since I've written about Paige and her ongoing fussiness. 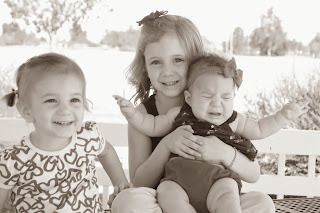 When she turned 2 months I took her to a chiropractor.  A friend had recommended one that worked on her baby with fantastic results so I figured it was worth a try.  After the first adjustment there seemed to be a huge improvement in attitude and ever since Paige has been sleeping through  the night for 10 to 12 hours! She went for one more adjustment the following week but her fussiness returned, however, she is sleeping 10+ hours at night so we are quite pleased with that. 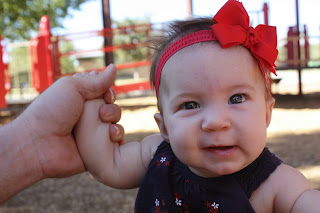 Her malcontent got more and more out of hand and uncalled for so I broke down and took her to a pediatrician.  The Dr. said that she sees this in some babies and finds what helps the most is for the mother (if breastfeeding) to not eat any dairy at all.  I protested that I had already tried this but she insisted that it would take 4 to 6 weeks to see real results.  I clarified what "no dairy" meant.   No milk, yogurt cheese right?  Nope, it means anything that was a dairy product, in any form.  That includes cookies or other baked goods that have butter or whey.  If you know me at all then you know that cookies and baked goods make up about 96% of my diet. Luckily, my Trader Joe's chocolate chips don't have dairy so I can still eat those by the handful.


This is the way Dadda comforts her and puts her to sleep. 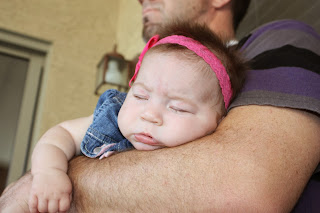 It took a while but Paige started to be a little less fussy.  It really helped her with her spitting up.  She hardly spits up at all.... compared to how she used to.  She is still a grouch, but it's manageable now.  I am no longer scared of her and dread her waking up.   She is also just getting older now, smiling, laughing (occasionally) and almost able to grab toys in front of her, which helps a lot. 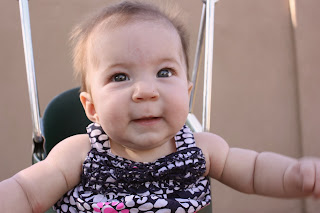 She still is not a happy baby by any means.  I didn't realize just how rotten she was until I started working in the church nursery.  Mothers come in, plop their 3 month old babies in a swing or leave them in their carseats and the babies just sit there the whole time! Meanwhile, I have held, swayed bounced, fed, sat Paige in a swing, set her in an exersaucer, fed some more to calm her down from the outrage of being put in such devices, rocked, shushed and talked to her just to keep her at a moderate level of unhappiness. WHY!? 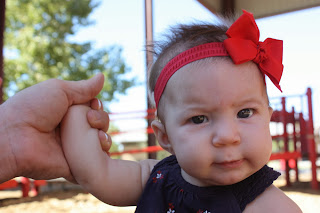