Ever since I was little I have wanted to hatch and raise chicks.  So when the opportunity presented itself I jumped at it!

A sweet family from our church had some broody chickens so they supplied us with 12 eggs and an incubator - Plus a whole lot of new chicken knowledge.

At first 21 days seemed like a short amount of time.  Indeed it is considering the transformation taking place inside the eggs. BUT it was the longest 3 weeks of my life! Worrying about temperature and humidity, second guessing the 3 different thermometers I had in the incubator (which all read different temps!) and hoping that some would make it out alive.  I've read that 60% hatch rates are consider good.

We only candled the eggs a couple of times. We found that 5 of the eggs were not fertile, we cracked them all open and there was no growth whatsoever, just a regular, warm egg.  The other 7 all seemed to be alive and well. It was amazing to see the movement inside.

On day 19 at 11pm. I suddenly remembered I needed to take the eggs out of the egg turner and raise the humidity in the incubator for hatching.  (horror stories of half hatched chicks becoming shrink wrapped in their own egg goo swirling through my mind) I quickly set everything right in the incubator and as  I put the lid back on I heard a "Cheep cheep!"  I thought for sure I was hearing things but a little later I heard it again!  How on earth can a chick chirp from inside an egg?!  I googled it and sure enough it is common.  Wow!  I felt so helpless thinking of the poor chick in there begging to get out and of course there was nothing I could do.   I couldn't even tell which egg it was coming from.  I was up late that night!

The next day the girls were ecstatic to hear the cheeping and see some "pips" take out of one of the eggs.

That night we went to AWANA and when we came home we found the first two hatchlings flopping around in the incubator. 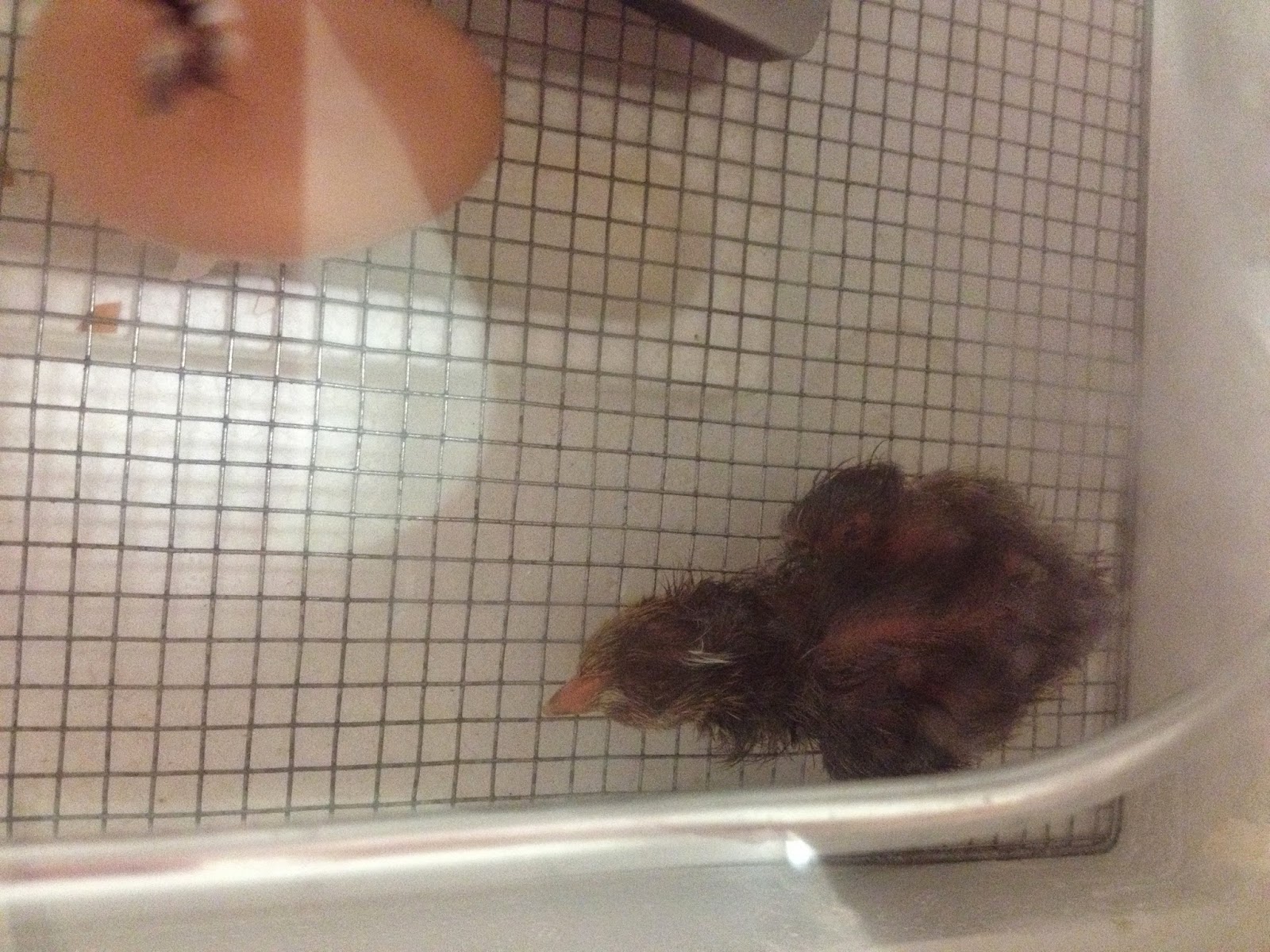 I'm so glad I taped it because when I got up early the next morning to go to work (after 3 hours of sleep) the last eggs had hatched.   I couldn't believe that they had all made it out - no casualties or drama.  I put them all in the brooder where they are happily making musical peeping sounds. 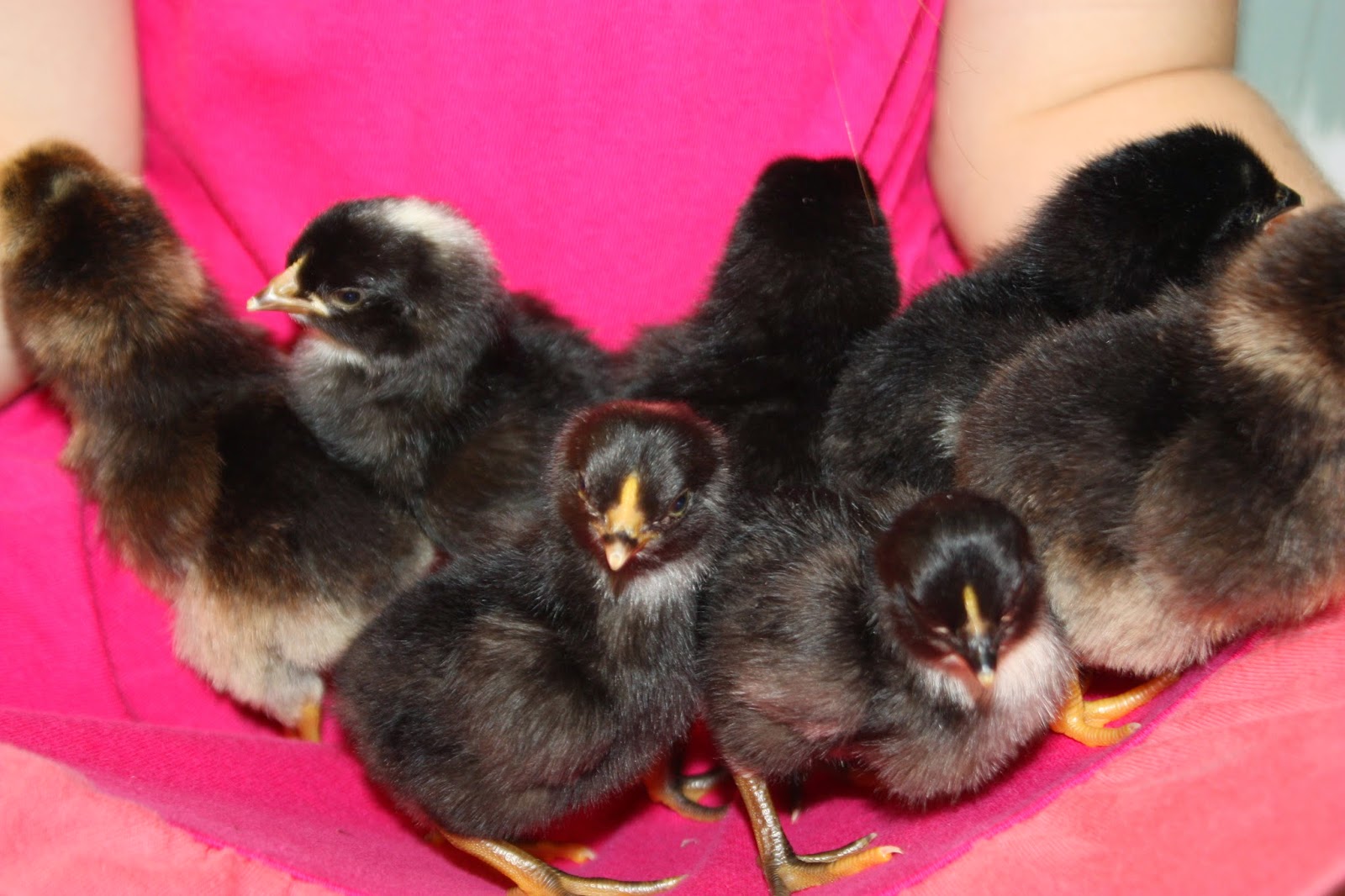 The girls are in love.

Five of the chicks are black or mostly black 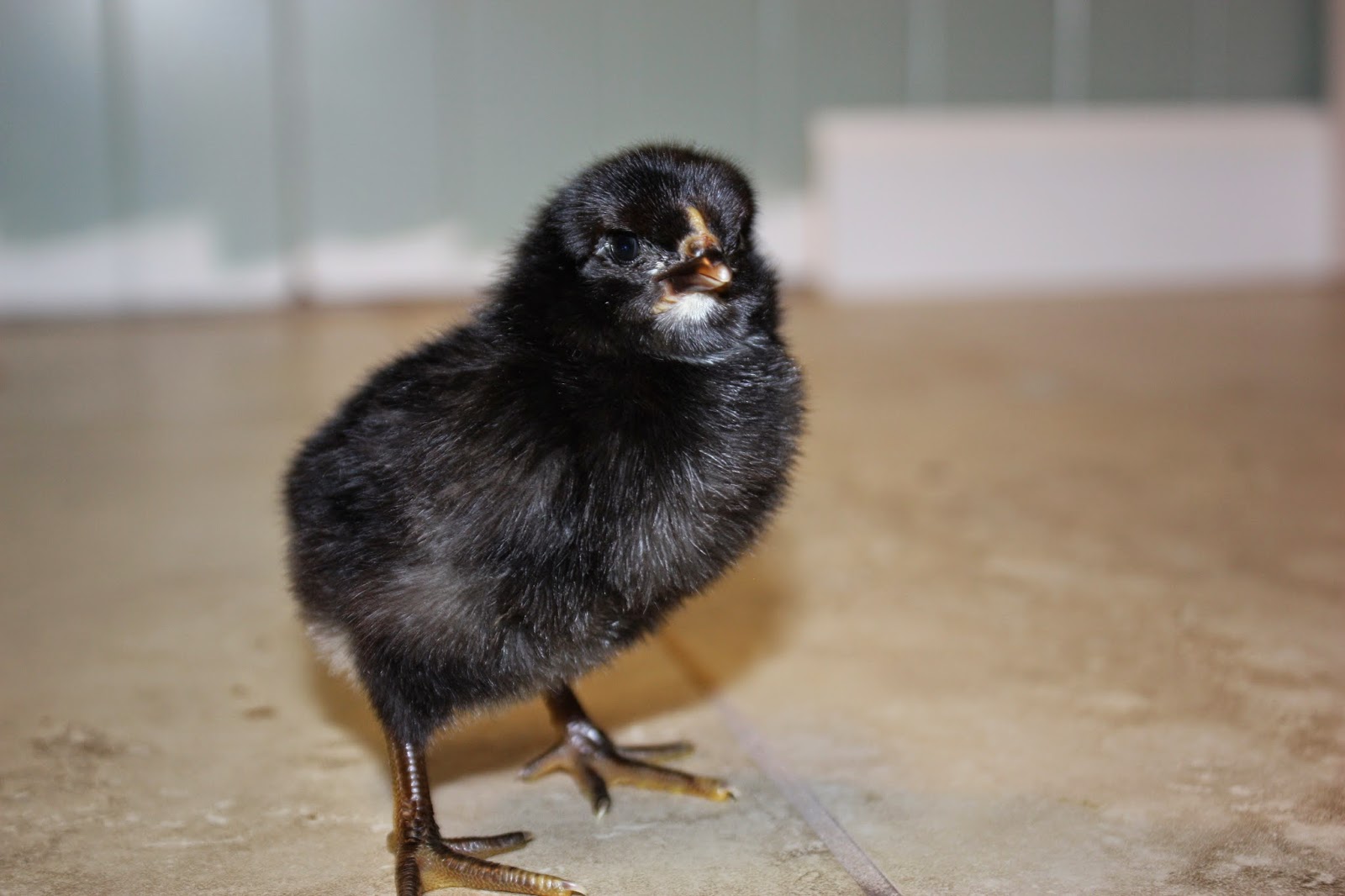 and two are a brown and yellow. 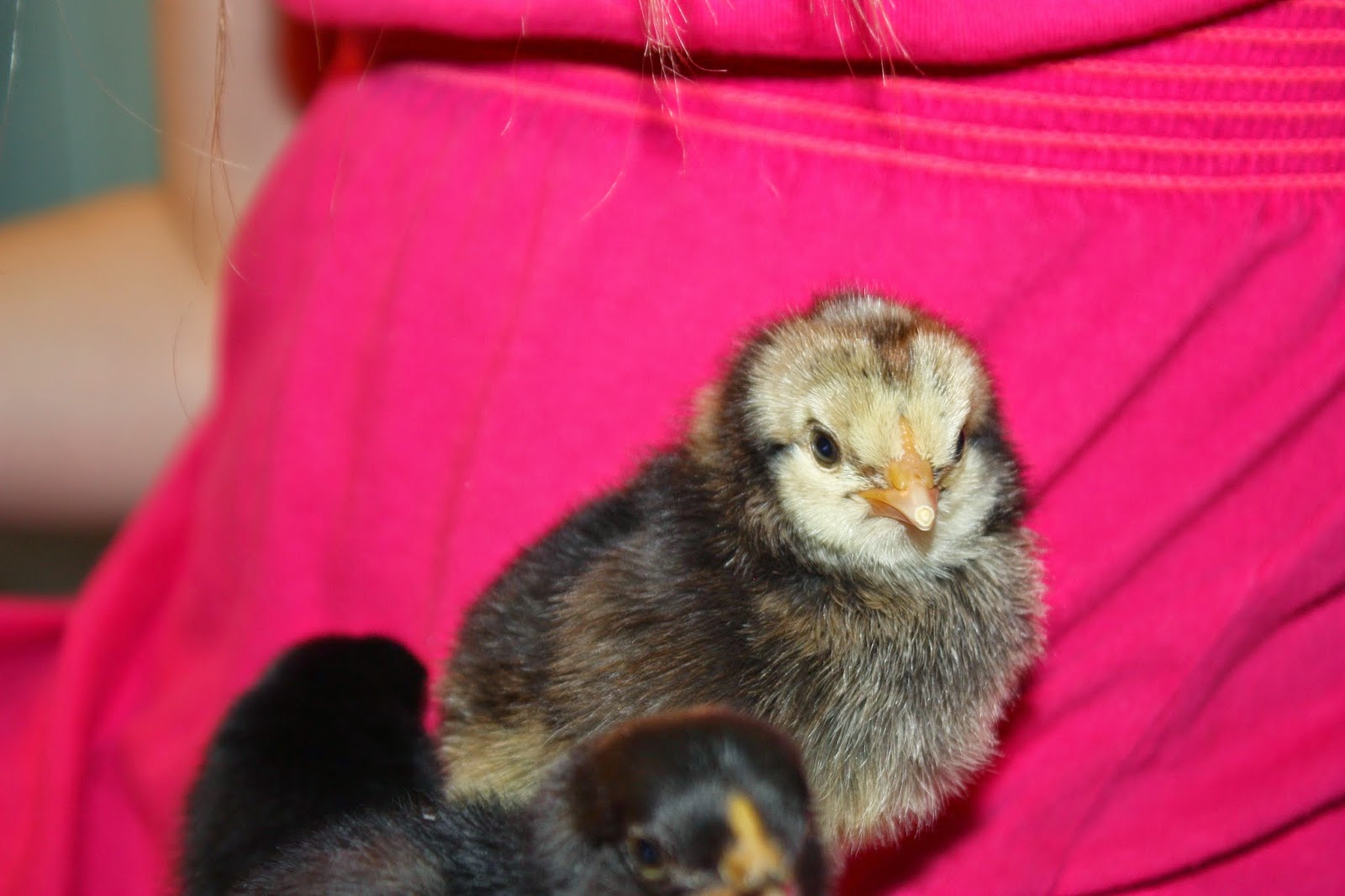 I think the black ones are females because they have longer wing feathers (I've watched youtube videos on this) but that is just my very unprofessional opinion.  Interestingly, the two brown ones were the first to hatch and seem to be a little bigger and more aggressive than the others. Time will tell I guess.

In the meanwhile we are enjoying these precious babies.  In a week or two they will be ugly teenager birds.

Posted by Kathleen at 4:04 PM No comments: