My solar oven is complete!  This has been an off and on project for me for the past year. Actually, I dabbled in it for a few weeks about a year ago and then did nothing for a year until now. 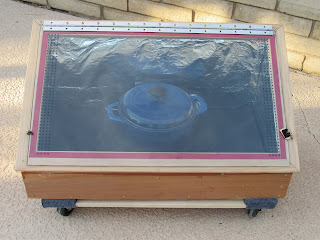 It started when I bought a wine fridge at Goodwill for $20.  It was the perfect size, black, and had a lovely, double-insulated, clear, glass door.  I was able to get it to reach about 250*, however, I learned that refrigerators aren't made for heat.   The inside bubbled up and I could literally smell the cancer coming out when I opened the door.   I threw the fridge away, kept the door, broke the glass out of it so I could use just one pane of the tempered glass, and then got to work building my own oven with the least amount of toxic materials that I could.

I wanted it to be big enough to fit my big pot that I use almost daily and a cookie sheet or bread pan at the same time. 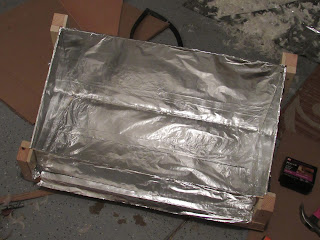 I made a frame out of 2x2s and used some luan that we had hanging around in the garage for the sides.   (Funny side note: I had to go to 3 different Home Depots and Lowes to find 2x2's because they were literally out,  and one guy told me they don't come in that size!) 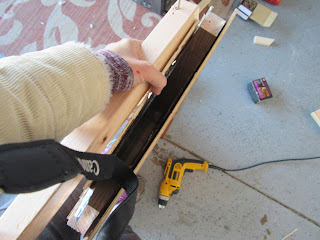 There is a 1.5 inch space that I lined with an emergency mylar blanket before adding the insulation. 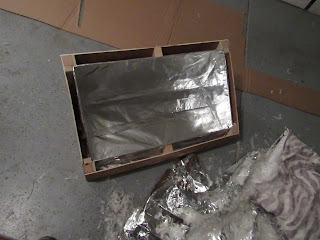 For insulation, I bought 2, big, down feather pillows at Goodwill when they were half off. 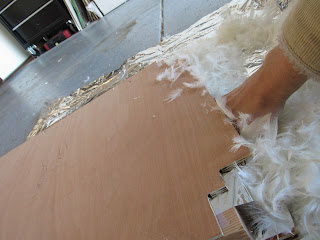 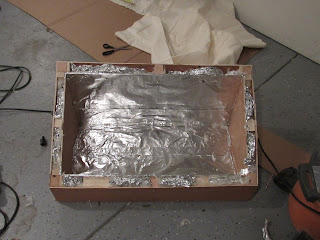 The sides and bottom are PACKED TIGHT with down feathers.  I just stuffed some foil on top to keep them from popping out.  Our garage looked like I had killed 100 chickens. Josh loved it.

I must say that this also took about 700 more screws than I originally anticipated because the feathers were packed so tightly that the boards were bursting at the seams.

I lined the inside with a few layers of foil, and the bottom with black felt so the black will absorb the rays instead of reflecting them back out through the glass.

I used a nicer wood to create the frame of the face and attached the glass to a hinge with epoxy. ( i can't drill through the glass since it is tempered) 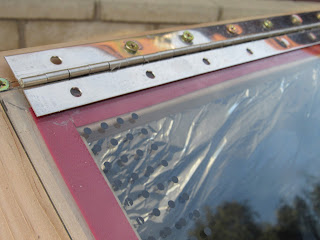 My dad had the metal clips to hold it snugly to the gasket. 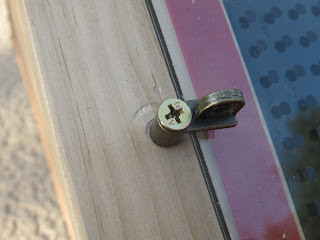 The gasket around the edge of the glass is a silicone cooking mat that I cut into strips.  I think I am going to need to find something thicker though. I have a feeling that air is escaping between the glass and the silicone since it is not very thick or squishy.

For the reflectors, I bought corrugated plastic boards at Michaels - 6 different times so I could use a coupon on each one.  ( I made Claire check out a few different days to hurry up the buying process.) 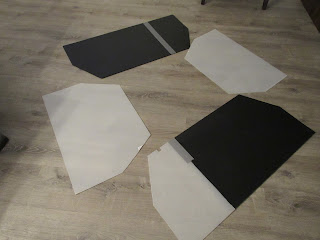 I probably spent a total of 37 hours trying to figure out what angle I should cut the boards at so that the fit together AND sit at a 60 degree angle to the face of the oven. Turns out it was 60 degrees - I'm not sure if that is common knowledge that I should have known or if it is just happenstance. 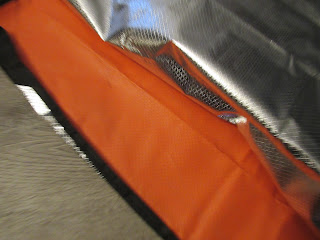 I got higher quality emergency blanket at Walmart that has plastic, tarp-like backing on it.  I thought I was so clever by ironing the tarp onto the plastic boards so that the plastics would melt and meld together.  This did work beautifully, however, the heat caused the board to curl.  I decided to keep it and see if it impacted the reflection negatively or positively.

The rest of the panels I just used double stick tape to attach the blanket.  I will attach them more permanently after I see how the curved panel does.  I have a feeling I will need to remake that one. 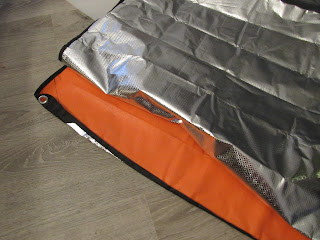 I put the whole oven on a moving cart so I can easily move it and turn it to keep it in the optimal position in the sun. 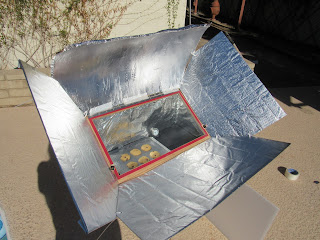 I put our first real test food in it. 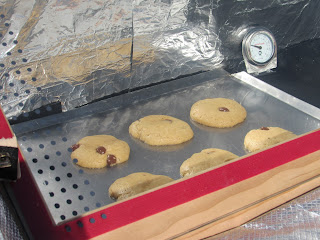 In about 20 minutes the cookies looked done and were brown!  This surprised me that they got brown and a little crisp around the edge. 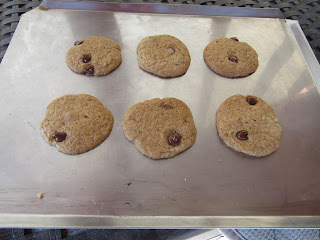 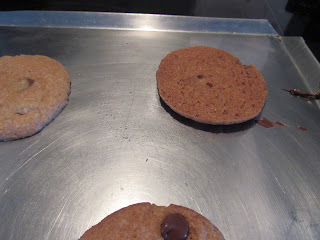 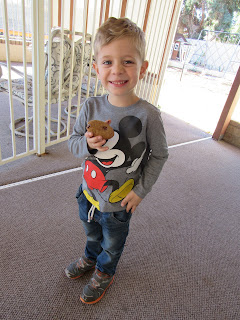 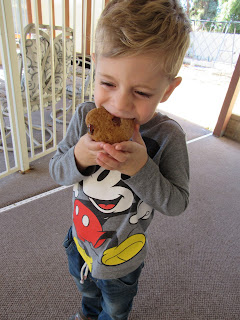 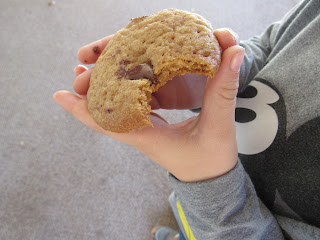 He said it was good!

Between you and me, he doesn't have very high standards so I tried one.  It was fine but it had a little epoxy flavor (from the hinge).  I am hoping that that will go away after the oven gets hot a few times and it off-gasses.   None of the kids noticed it though.

I also was able to cook a pot of rice that we will have with dinner.  It took about two hours.
The picture didn't capture it but there was some beautiful steam. 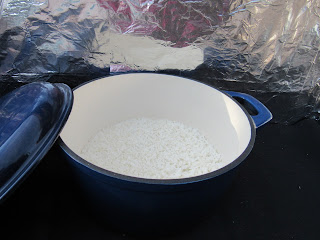 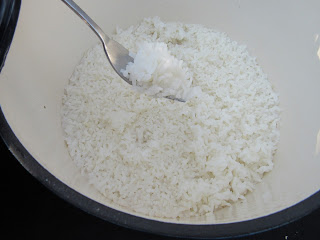 (the rice did NOT have any strange flavor at all and the texture is excellent.)


This is testing during January with few hours of sunlight and 65 degree highs.   I am excited to see what it can do when the sun doesn't set until 8pm and the high is 115*. 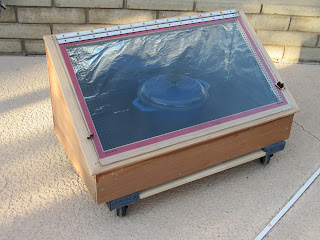 Well, there we have it.  It needs a few tweaks but for the most part it is done!  Oh, and I desperately need to figure out how to attach a handle to the glass for easier opening. #burninghotglass