We have been working on the concept of being patient. We sing this song several times a day. Claire sings it to the cat while she is eating her breakfast and he is waiting for her milk. She says "Be patient Meow!" Now, when I tell her we have to wait for something, she says "Oh, I need to be patient."


Have patience, have patience
Don't be in such a hurry
When you get impatient
You only start to worry
Remember, remember that God is patient, too
and think of all the times when others
Have to wait for you.


For a while now I have become increasingly aware that Claire's hair is lacking in the attractive department. I don't know where she got her hair because Josh's is really thick and mine has always been thin and blah but not nearly as bad as hers. Also, the under layer of hair in the back is curling and the top layer is hiding the cute curlyness so it just look weird right at her neck - it kind of bulges out.

We decided it was time to cut it - just to get rid of the wispy ends.

Before: Untouched by scissors - ever. 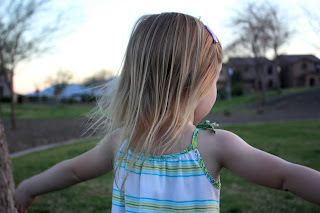 During:
So it turns out ALL of her hair is a wispy end.... 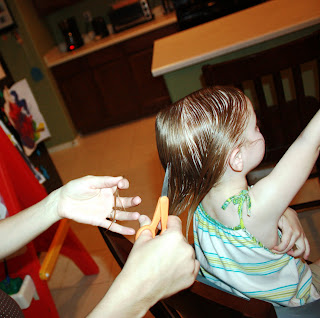 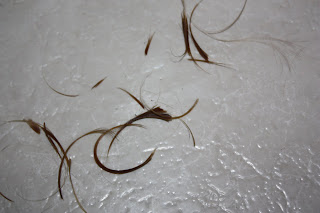 That's all I cut - but what a difference! 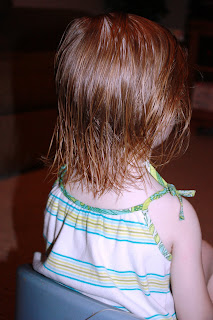 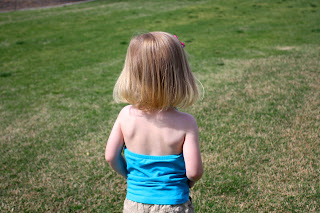 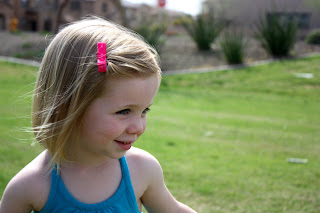 It turned out MUCH shorter than I had envisioned, but it looks so much thicker and healthier- not scraggly at all. It makes me sad that it's not long but I think she looks much cuter. 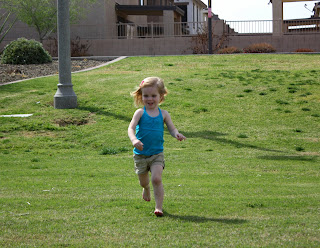