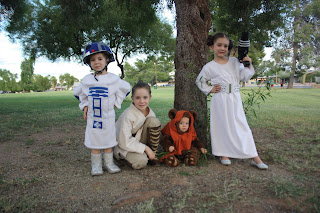 A few months ago was Claire's (and therefore the younger girls') first viewing of Star Wars.  Of course we did it the right way letting her watch 4,5, and 6 a few times before showing her 1, 2, and 3.  and finally 7.

Of course Claire wanted to be Luke for Halloween 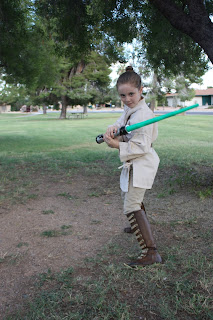 and Joy fell right in line wanting to be Leia. 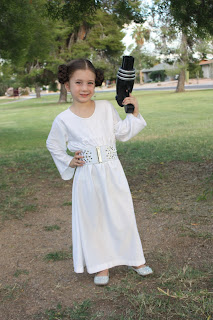 We convinced Paige to be R2D2 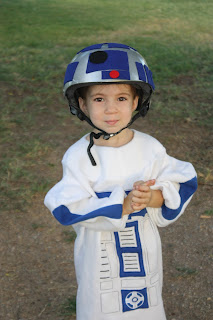 which she was actually very excited about

and Jack makes a perfect Ewok 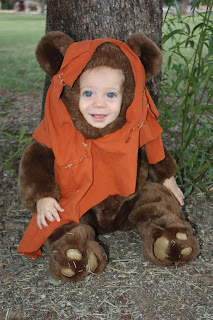 - especially since that meant I could reuse Claire's bear costume from her first Halloween. 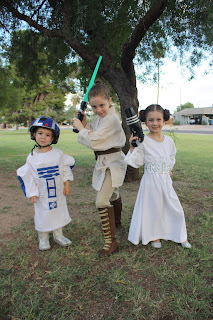 The girls then decided that Josh and I needed to dress up.  Josh had a Darth Vader mask so that was obvious and if he is Darth Vader then it was a given that I had to be Padme.  The only problem is that I don't dress up.  Ever.   Unless it would break my children's hearts so I have to. 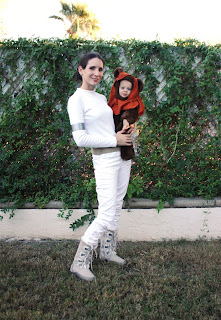 I like Padme though, we have some things in common.  I can be both feminine and tough,  I am independent, I was good with a gun the one time I went shooting, and if I ever had twins I would die too - but for different reasons. 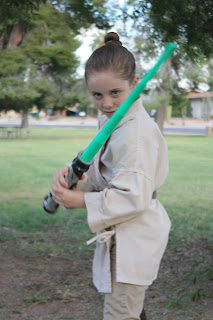 We had tremendous luck finding everything we needed at Goodwill.  Man, how do people live without Goodwill?!  It took a few months of searching for just the right items but that is part of the fun and it is SO exciting when you find the perfect thing.   Each costume was under $10 except - Jack's, his was free. 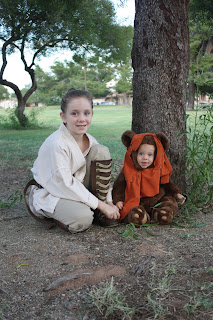 It is so hot this year that Josh didn't end up wearing a Darth Vader costume - especially since he had to run around all day being in charge of the church festival so I made him this shirt instead. 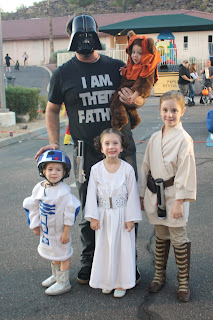 We had a fantastic time at the church festival and the girls can't wait to go trick-or-treating in our new neighborhood. 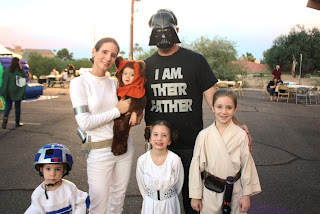 Happy Halloween!  May the force be with you!

Posted by Kathleen at 1:03 PM No comments: