This weekend we had a blast at the AWANA Games.

Growing up I was in the Awana Games every year.  To me, they were the highlight of Awana and I have been so disappointed that the churches the girls have done AWANA with have not participated in the Games.... until now.

I was so excited that the church we attend Awana at up here participates and not only that, they are actually good!

The girls have had extra practices before and after Awana the past few weeks but nothing could prepare them for the awesomeness that is the Awana Games. 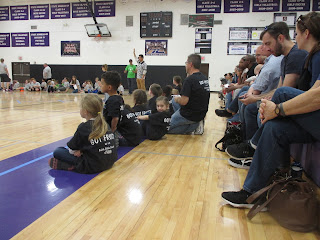 The first game was the Sparky Crawl.  (Back in my day we were not allowed to wear knee pads.)  I was so glad that Joy was not the last one to cross the line.  She was pretty quick actually!

Next she was in the Sparky Safari.... (not everyone is in every game, the coach picks which games each player will be in to be most advantageous for the team, there are very specific rules about how many games each player is required to play.)

Look at that speed and agility.

Then her shining moment.  The Sparky Bowl. 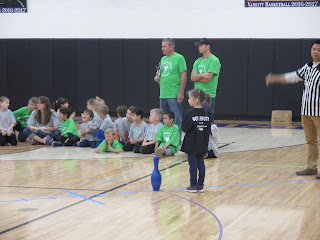 She ran around the circle once and then had to throw her bean bag at the pin to knock it down.

I am not going to lie, I was extremely skeptical that she would do well in this game. Especially when the referee was helping her figure out where to stand! We all went crazy when she got it.  You would have thought she won the Gold metal in the real Olympics.

At the very end they announced that there was a tie for 1st place so we had to run the balloon pop one more time as the tie breaker. 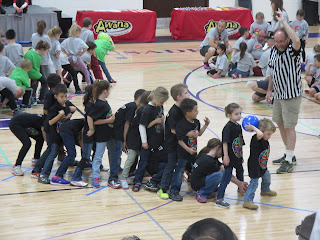 Notice how well Joy does her job of standing there.

They won 1st place!  Joy didn't even know it though until I told her.  She was very happy and had a lot of fun. 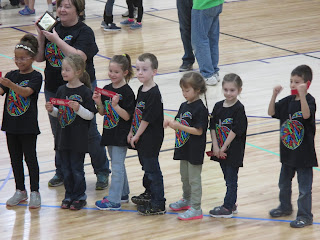 Immediately following the Sparks was the TNT groups. 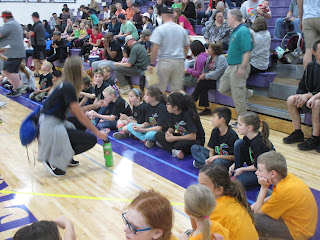 Claire was chosen to be in the middle for the bean bag relay - which is quite an honor, especially for a 3rd grader

She had to do the girls and the team round.  There is nothing like the feel of that pin in your hand at the olympics.
Team:

I was so proud of the way she slid in there and snatched up second place.  I taught her everything I know. 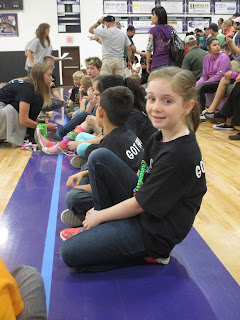 Next she was in the Sprint Relay. She was in my personal favorite spot, last, which is the position to get the pin.
She snatched that bean bag up just in time.


And again she pulled it off!

Ultimately, there was a tie for 1st place AGAIN so they ran the team bean bag relay but this time we were way slower and came in second.

We all had a blast and I am one proud Awana Alumni parent. 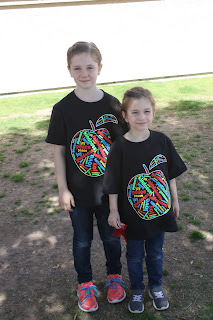 Posted by Kathleen at 7:17 PM No comments: